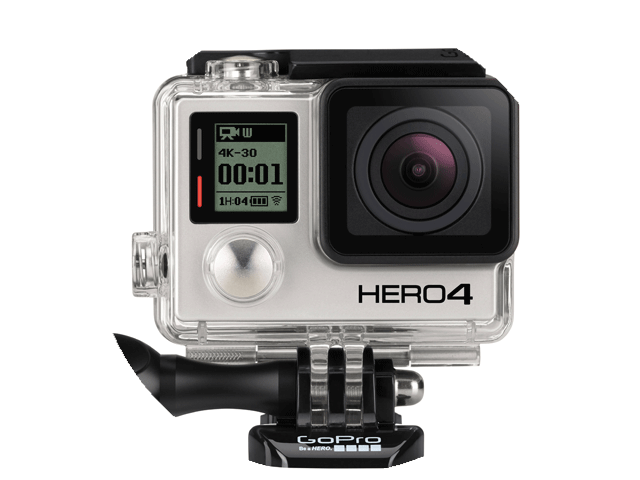 The ideas developed in the Spring of 2008 eventually helped grow GoPro from only 600k in annual sales when they met to an over 660M giant in sales today (2015 numbers).

The number one strategy was to turn the point-of-view towards the user twice in every commercial spot to connect in the consumers mind the vanity proposition the product offers and encourage YouTube and Facebook use.  We showed consumers they could put themselves on Facebook and “Be A Hero.”  People’s “look at me” nature became the best marketing tool in the world. There were other action cameras coming up as competitors all shooting pretty good point-of-view action footage. “This idea of turning the camera around in the creative was only done by us. It killed the competition.”- RL

Without the budgets for big name athletic celebrities or huge spotlight media we came to the second key strategy by necessity. All GoPro advertising content initially was actual consumer footage that folks were uploading to the web or to the GoPro page to impress the company. This became content and some of it was weird. We had crashing flat bottom speedboats, trout biting fly lines, even Nicholas in his own racing car.

The third strategy was to create a web-driving contest to encourage consumers to visit the website and enter to win free products, then become consumed in content and purchase. This contest strategy allowed purchase of remnant media, including remnant Super Bowl media. These tactics were developed and utilized 2008-2013.

A brilliant marketer and spokesperson for his brand, Nicholas leveraged his PR team to earn him a segment on 60-minutes in early 2014 to ensure he would appear in front of his next target consumer, the global investor. The company went public in June of 2014 and enjoys a current valuation of 2.5 billion.  It was fun to play a valuable role in this strategic launch where the outcome so eclipsed everyone’s expectation.